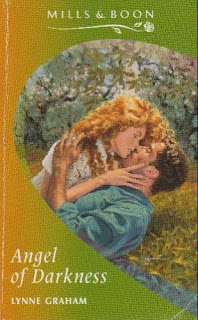 "'I will never marry you... but I will make love to you as no man ever has before...'
Kelda had always clashed with her stepbrother Angelo and now he was interfering in her life again, ostensibly on their parents behalf  But they both knew there was more to it than that - there was unfinished business from that night five years ago, when Kelda's world had been turned upside-down. Now Angelo was threatening to make her his mistress. Would Kelda be able to resist him, or would his lethal attraction break her heart?"

Wow... this is an example of Lynne Graham at her finest. IMO her older M&Bs just can't be beaten for sure inventiveness and stories that are packed with the most blistering passion and intensity. Her older books also have the feeling that they are treading the fine line between taboo and PC, and this book has that in spades.

The whole stepbrother idea had me immediately on edge, to me it felt like it might be a bit, well, ick! But somehow Lynne Graham made it work, in fact this element of the story far from being a put-off only added to the overall angsty mood of the whole book.

I hated and loved this book in equal measures, and that is what makes it so damn good! Angelo as a hero is someone I wanted to throttle for the way he treated the heroine, but oh-man he is alpha to the core and by the time I was near the end I was almost desperate for him to fess up to his actual feelings. His initial treatment of the heroine suddenly made sense... love it when and author turns your opinion on a character totally on it's head. My only complaint... I wanted his POV included so bad!

The heroine is far from perfect herself; on occasions she acts like a bit of a harpy and really needs to open her eyes to what's going on in front of her eyes. But she is also fun and independent so I couldn't help but like her.

The story is weaved perfectly and is very powerful, it is certainly not an easy read but very worth it. The feelings between the hero and heroine are amazingly written; angsty, emotional, a little bit naughty even and they fight every single one of those feelings from page one so by the time they get to their HEA it felt like a fraught journey. And I loved every minute of it!

If you like the older style M&B's then this is definitely one not to be missed. 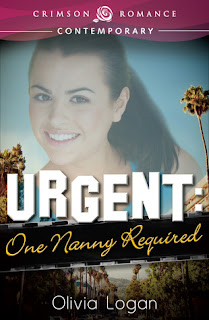 "Hollywood director Nick Trenton needs a nanny and fast. It certainly hasn’t helped that his son has run off every one he’s hired. With a big shoot coming up in LA, Nick’s running out of options. Then along comes Rania George—sweetshop owner and one of the few people his son doesn’t want to give the slip. No, she doesn’t like Nick, but he can work around that. He loves his son and will do anything to get the lovely Miss George to say yes to his plan.
Rania is used to children hanging outside her sweetshop but seeing one alone on a dark night is a first. What sort of parent would let his child wander the streets at night?Then she meets his Hollywood director father and assumes Nick’s too self absorbed to notice his son is wandering the streets alone. She learned from an early age that anything Hollywood related was bad news. She has vowed to stay away from anything—and she means anything—Hollywood. Not that it helps when Nick’s cute-as-a-button son captures her heart nor when she’s offered to babysit said son for a huge amount of money. Only catch is she has to fly to Hollywood and spend three weeks in the company of his devastatingly attractive father. After all her experiences with Hollywood, is she willing to risk it"

First and foremost... Yes, I know I haven't posted a review for ages. Sorry! Will try my best to get back on track.

Secondly, many thanks to Olivia Logan for very kindly offering me the chance to read and review this book.

This is a very sweet, almost soft romance that strolls along at a really nice pace and kept me engaged with the story all the way through.

The character's relationship builds gradually, and beautifully, and what is nice about this book is that there isn't too much external conflict keeping the hero and heroine apart. Instead this is mainly internal conflict, which is well thought out. But... I did feel that the hero's background wasn't fully developed enough and felt a little flat. The promise was there but it didn't quite get into the nitty-gritty that I would have liked, his issues from his previous marriage were hinted at but not really fully explored.

However, the heroine is a well rounded character and her conflict is fantastically portrayed by the author.

Sometimes when a book includes a child as a secondary character there is a risk that they could overpower the bones of the story, which must (IMO) be all about the hero and heroine in a romance. On occasions this book teetered on the edge of this, some scenes lacked emotional depth with the fantastically cute son stealing the show!

Overall though, I really enjoyed this book. It's a sweet and gentle romance that in the right mood can be really satisfying to read. I look forward to reading more from Olivia Logan in the future.